From traditional to modern Cuban music as well as Latin classics.
Previous
Next

Again and again, the wild enthusiasm for salsa music is also passed on to the audience. From Acaballo to Comparsa to Songo, all kinds of modern and traditional arrangements have Latin rhythms. These are the ingredients for addictive: the seductive stage performances of Solarte. The singer has salsa deep in her heart. Her hometown Kali is the birthplace of Colombian salsa music. The special sound is created by instruments like congas, bongos, timbales and other traditional instruments. The band consists of 9 musicians in total. The band covers a wide range of traditional to modern Cuban music, dares to renew Latin American classics and surprises with fast-paced original works: salsa and timba and pop, funk, hip-hop and Latin Combine jazz to create your own world music sound fusion. This outstanding singer entered the beautiful red carpet, skillfully introduced by the band of musicians, showing the elegance of Cuba-Berlin! -Byra! !
Click here

Salsa music It is a Latin American style of music that emerged in the United States in the 1960s and is a blend of several styles in the Caribbean. Salsa music and salsa dancing are especially popular in Spanish-speaking areas of the Americas and the Caribbean, also salsa lovers, dancers and musicians can be found especially in major cities around the world.
Cuba was the center of Latin American music in the first half of the 20th century and the main source of musical inspiration for all the countries of the Caribbean, especially Mexico and the United States. Cuba is the most popular vacation and leisure paradise for Americans – music exchange is active and music innovations quickly penetrate the American music market. Early in the century, Dansson spread from Cuba to Mexico, and by the 1920s it was becoming increasingly established in Mexico City and Veracruz. In the 1930s, Rumba won from Florida to New York City, beginning with El Manisero in Don Azapiazu y su Havana Casino Orquesta, which was Rumba’s first success in the United States. Beginning in the 1940s, Latin rhythms were increasingly mixed with Louisiana jazz – under the influence of bebop and big band jazz, the so-called “Latin big band” emerged in the U.S..New York, in particular, has become the home of Latin jazz (Palladium, José Curbelo founded Familia in 1952, and Mambo y cha cha, Tito Rodríguez, Tito Puente, Israel “Cachao” López). Mambo went a different way in the late 1940s, with Cuban Dámaso Pérez Prado playing mambo rhythms in Mexico until 1949 with the hit Qué rico el Mambo, making a breakthrough.
In 1955, the slower tempo derived from danzon became famous overnight in New York: cha-cha-cha. It was the time of the big dance orchestra and the charanga played in the dance hall (Benimore, Perez Prado and Celia Cruz and the former singers of the Titopuente orchestra). In 1948, Puerto Rican musicians Ismael Rivera and Rafael Cortijo came together: They mixed Afro-Caribbean rhythms bomba and plena with the then-new Latin big band music. Their band, “Cortijo y su Combo,” became popular in the United States and Puerto Rico.
With the Cuban Revolution of 1959 and the subsequent U.S. embargo policy, the fruitful musical ties with Cuba suddenly ended. Many Cubans fled to the United States, and Cuban music in the United States ushered in its last heyday in the early 1960s. Beginning in 1962, the United States tried to resist Cuba’s cultural influence, and New York’s legendary Palladium Dance Palace was forced to close. Rhythms from Brazil such as bossa nova and samba were to fill the gap. In 1964, a band came to New York and completely changed the international music scene: The Beatles. The influence of rock music is unstoppable. Then there is a new fusion of Latin American rhythm and rock music on the twisted model: Boogaloo. From 1966 to 1969, its heyday was very short and in the history of music, it was the direct precursor of Salsa dancing. Another important source of salsa music is Latin jazz. 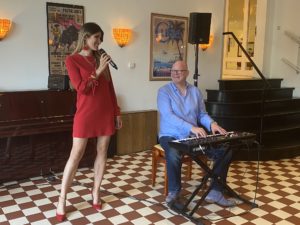 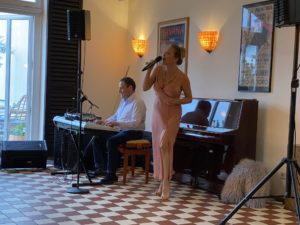 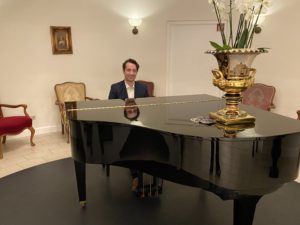