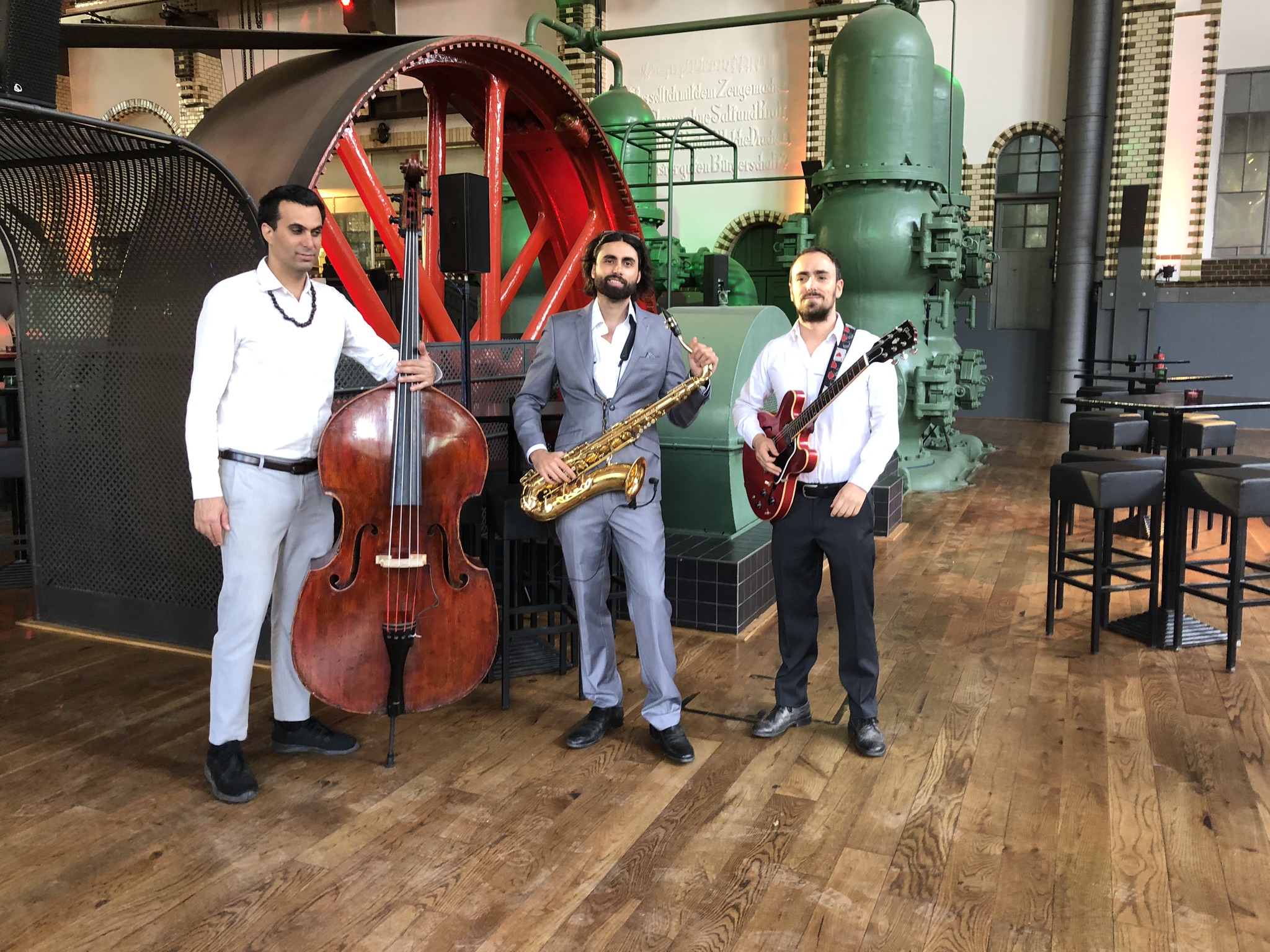 the entire ensemble. Modern, young and dynamic a NEW generation

Jazz is a music genre that originated in the southern states of the USA around the year 1900, originally developed primarily by African Americans, and has been developed in many ways, often in crossover with other musical traditions and genres. Meanwhile, music forms are counted as jazz, which are often loosely or hardly connected to the African American tradition.

In terms of its artistic significance, jazz is often understood as an American counterpart to classical European music. In addition, he has opened up new possibilities for almost all other branches of music, from pop to folk. (Wikipedia) https://en.wikipedia.org/wiki/Jazz