I’m the sexy Lola, the favorite of the season. This scene image of Marlene Dietrich was known worldwide as black and white photography.

Dressed in a black tailcoat
Our charming singer and entertainer leads the audience into the glamorous world of Diva Marlene Dietrich. For the international audience she presents in the following languages: German, English and French and welcomes the audience in Korean, Hungarian or Russian. She gladly fulfills individual wishes of the guests and also sings the famous song “Lili Marlene” in Spanish, Italian and Japanese.

The perfect Marlene Dietrich illusion,
dressed in elegant, glamorous costumes, thrilling her audience with international songs from the repertoire of the screen and stage star Marlene, sometimes seductive, then shooting back and investigating. Musically she is accompanied by her large orchestra in the style of the 20’s.

In particular in the 2020s, many companies and Privatiés in Berlin book Marlene Dietrich Doubles and actresses who come very close to the 20s idol as actresses and singers. And each Marlene Dietrich actress is a One woman show in itself. Not only does the actress know Dietrich’s moves, she has to be able to sing like her and of course, by costumes in 20s style and makeup, look very much like the original. However, there are drag queens who do this job just as well, but sometimes even better.

Marlene Dietrich, civil name Marie Magdalene Dietrich was born on 27.12.1901 in Schöneberg. Schöneberg is now part of Berlin. She was originally a German actress and singer. She took US citizenship in 1939, which many Germans resented and never forgave her for. She made it to international fame and was a style icon. Basically, a trendsetter.

Among her character traits were her long legs as well as her deep voice, which always carried a hint of eroticism. Marlene Dietrich often had herself photographed as a smoker with a cigarette. It was probably the cigarettes that gave her her smoky voice. Unlike today, smoking was not frowned upon in the 20s, but was considered cool, chic and emancipated.

In Berlin, the Künstlervermittlung Berlin has a selection of Marlene Dietrich Doubles, actresses and singers that you can book. You can convince yourself of their skills by watching the video clips you have requested. Of course you can also trust our professional assessment and recommendation, what the qualities of our Marlene Dietrich actresses concerns.

Marlene Dietrich performers in Berlin have, depending on their personality different styles and qualities. We will be happy to advise you with competence and experience, which of the actresses best suits the event you are planning.

Marlene Dietrich Doubles book many organizers who events in the style he 20s veanstalten. Matching this, of course, are many more typical show characters and matching musicians in the 20s style. For example, big bands, Charleston bands and Dixieland bands, lady bands and party bands. Also mobile bands are appropriately used in this context at a wide variety of events, whether indoor or outdoor. Just as Marlene Dietrich performed together with Charly Chaplin, you can relive scenes of our performers and doubles with us. Suitable book artists, at your artist agency Berlin. You are looking for Marlene Dietrich Doubles Berlin? With us, you won’t find just one – you have the choice. The Marlend Dietrich performers and singers bring their own piano or even a pianist or a band.

The most famous songs of Marlene Dietrich, which are still remembered by many people today:

The success story and its end

The Dietrich success story never seems to end. For the viewer and the unsuspecting outside world. Rather less well known, is the story of Marlene Dietrich’s final years. After a drunken stage accident in a Washington theater, Dietrich fell into the orchestra pit. From the resulting events, she never recovered. Marlene Dietrich had a massive alcohol problem that accompanied her till the end of her life. She also took vast quantities of pills.

Her bed in her Paris apartment became her living space in their final years. Everything from the television to the telephone, books and magazines were within reach.

Her phone book read like a who’s who. So she phoned once with the Queen, with Mikhail Sergeyevich Gorbachev as well as with Ronald Reagan. The latter later proudly announced that he was one of the last people Marlene Dietrich talked to on the phone. There were hardly more signs of life. Marlene Dietrich wanted to preserve her myth and could not allow to be seen in this condition, limping – bent over a crutch. Her image as a diva should go down in history the way she wanted it to. Detailed in Spiegel; Marlene Dietrich’s last years

For us, however, she is and remains the diva we know. A glamorous show entertainer, just – as she is embodied by our Marlene Dietrich Doubles, actresses and singers.

The topic of this page: Marlene Dietrich Double Berlin

More information about the life of Marlene Dietrich:https://de.wikipedia.org/wiki/Marlene_Dietrich 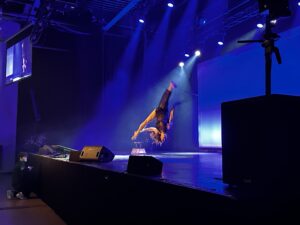 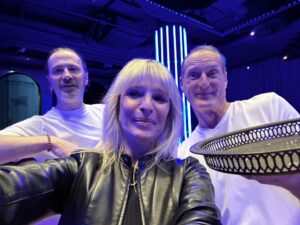 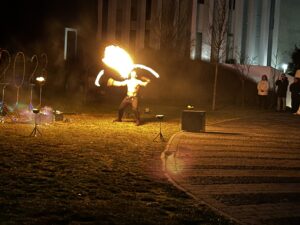